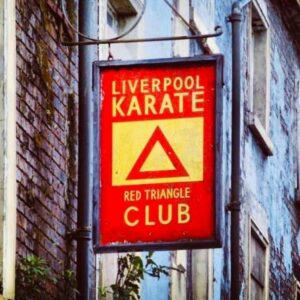 *** Important News ***
On Saturday 5th and Sunday 6th December, Sensei Sherry and Sensei Frank Brennan will be holding live zoom classes from the Red Triangle.
These classes will focus on preparation for those taking their next grade, eg 1st Kyu going for Shodan etc. 3rd Dan and above class is open to all Karateka of those grades.
Classes are as follows :
1st Kyu – 11am – 12 noon
1st & 2nd Dans – 12.15 to 1.15pm
3rd Dan & above – 1.30 – 2.30pm
Please warm-up prior to the start of the class. You must be in your gi.
Training is free, but spaces are limited, so to book in you will need to email admin@kugb.org with the following information :
Date & time of training session :
Name :
Club :
Grade :
Licence No :
Expiry date :
Once your email is received your space will be booked, depending upon availability, and you will receive login information.
We look forward to seeing you online next weekend.
I would like to inform all members of HSKC that Sensei Mike O’Connor 7th Dan KUGB has  now been promoted to Grading Examiner.
This is a fantastic achievement and brings another important dimension to HSKC. We are extremely lucky to have such a high ranking instructor and now our very own grading examiner.
Along with Sensei Mike’s promotion, the KUGB also announced a further 4 grading examiner promotions. See below statement from the KUGB.
HSKC would like to take this opportunity in congratulating them all on this fantastic achievement.
Statement from the KUGB
The KUGB is pleased to announce that Sensei Jim Brennan and Sensei Garry Harford have been appointed as Assistant Dan Grading Examiners.
We are also pleased to announce that Sensei Rob Welsh, Sensei Richard Poole and Sensei Mike O’Connor have been appointed as Kyu Grade Examiners.
Many congratulations to them all. 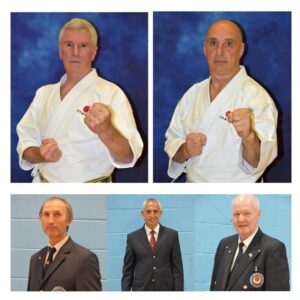